Home Positive and negative aspects of the post-quantum era: the impact on cyber security

Positive and negative aspects of the post-quantum era: the impact on cyber security

In the field of Cyber Security, a real revolution in data protection and security systems is currently underway in the perspective of an increasingly imminent post-quantum era.

While until a few years ago quantum computers were only a theoretical model far from becoming actually available for use, now the first prototypes have been built and the big players in the ICT sector are in a race for the creation of increasingly powerful quantum computers that will soon be able to become part of operations at companies.

Quantum computing is able to solve complex problems exponentially faster and with lower energy consumption than classical computing. However, while on the one hand this power and speed of computing will be able to give a strong boost to technological progress in the coming years (especially in the pharmaceutical, chemical, automotive and finance sectors), on the other hand this represents a great threat to online data and communications security as it makes it possible to easily break through current encryption systems that are based on the computational complexity of certain mathematical problems.

It is necessary to get ready for the post-quantum future with the implementation and standardisation of new algorithms that are quantum safe for future use by governments and businesses.

For this reason, academic and industrial researchers are working on new technologies, algorithms and protocols capable of ensuring security against the threats of potential attackers with access to quantum computing systems. These post-quantum techniques are divided into classical computational techniques called quantum-resistant techniques and into quantum techniques that use key exchange protocols known as Quantum Key Distribution (QKD), whose security is based on the quantum properties of light and therefore on laws of physics which, in theory, can ensure perfect secrecy. 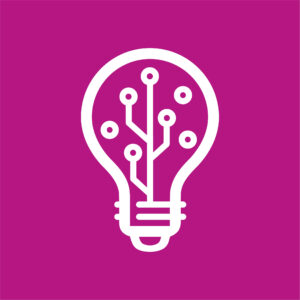 Faithful to its constant commitment to the technological innovation process, Exprivia is actively involved in this field of research. Exprivia is currently involved in the QUANCOM funded project, in collaboration with research institutions such as the Polytechnic University of Milan and CNR, whose aim is the analysis and lab testing of a of quantum encryption key distribution network and the implementation and investigation in the field of a QKD pilot network integrated into a real optical communication network in a metropolitan area.

YOU MAY REQUEST THE WHITE PAPER “Luci e ombre dell’era post quantistica: l’impatto sulla sicurezza informatica”-"Positive and negative aspects of the post-quantum era: the impact on cyber security", DISCUSSING THE SUBJECT OF CYBER SECURITY IN THE POST-QUANTUM ERA AND THE EFFECTS THAT QUANTUM COMPUTING MAY HAVE ON COMPANIES' BUSINESS

After an introduction on the potential of quantum computing, it analyses the vulnerabilities of classical encryption and state-of-the-art quantum safe technologies, considering both quantum resistant and QKD-based techniques. Lastly, it evaluates the practical consequences of this new technology both from the perspective of possible applications and business opportunities, and from the perspective of the risks relating to post-quantum security that will force companies to become crypto-agile.

Active participation in quantum research and in the development of quantum-safe solutions and applications on the one hand, and the adaptation of corporate assets to future security technologies on the other, constitute a crucial added value for the innovation and competitive advantage of an IT company.