The first optical media-based storage solution to be used in the Aerospace industry. 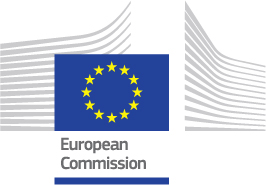 The international European Space Agency (ESA) was founded in 1975 and is responsible for coordinating space projects in 22 European countries. Its mission is to develop Europe's capabilities in space and to ensure that the investments made in the race for space bring advantages and benefits to Europe's citizens.

ESA is the coordinator of the Copernicus programme, which guarantees Europe a constant survey of the earth's surface and constant management of data on the planet's state of health from multiple sources, for example satellites. Exprivia previously played a key role in the Copernicus programme by collaborating in the implementation of stations, and returns as a programme protagonist today with a new solution for data management.

The archives containing data from the satellites are constantly expanding, given the large amount of data generated by the numerous space missions in progress; for this reason, ESA has questioned the capabilities of the previous data storage systems, thus opening up to new technologies.

The project
As the winner of the international public tender launched by ESA, Exprivia was the first company to develop, together with its partners, a optical media-based Long Term Data Preservation (LTA) system in the Aerospace sector. The archive allows the long-term storage (over 100 years) of a large amount of data. The archive stores a large flow of raw data acquired from the satellites, which form the information base and constitute a patrimony of fundamental importance for monitoring the Earth's state of health.

The revolutionary storage system of the “raw” data captured directly from the satellites uses the new ODA GEN3 optical media, the third generation of Sony's Optical Disc Archive technology, a system aimed at the long-term archiving segment for Big Data storage. Thanks to ODA, for the next 100 years an immense amount of information (more than eight petabytes at the end of 2021) related to observation and monitoring of the Earth will be stored in devices that are more efficient and durable than traditional magnetic media. The LTA service records a daily flow of about one terabyte (TB) of data for each satellite from the European "acquisition and processing" centres, extracts the metadata and stores them online, near-line and off-line. Once processed at higher levels, the data will therefore be available free of charge to citizens, public and private bodies (including research institutes, military or government authorities) and authorised companies that request it.

Benefits
The solution proposed by Exprivia will allow the data to be catalogued, controlled and indexed, guaranteeing its conservation and future retrieval. Combined with Sony's ODA technology, the solution designed by Exprivia guarantees reliability and safety, contributing to the knowledge of environmental, terrestrial, meteorological and atmospheric phenomena of our planet for the coming decades. A new approach that will provide future generations with useful information for the preservation of the Earth, at no additional cost. From space, this technology now becomes available for other contexts in the IT world for the protection of heterogeneous databases in markets such as Industry, Health, Public Administration and the Banking world.

Disclaimer
The views expressed herein can in no way be construed as official views of the European Space Agency or the European Union.
Credit
Image source: ESA.

Read more
Cyber Intelligence: strategic decisions and investigational processes
Exprivia has a great deal of experience in developing solutions based on the use of advanced Data & Text Mining and Big Data Analytics methods for supporting strategic decisions, intelligence and investigation activities and, more in general, the processing/correlation of data coming from heterogeneous sources. The current developments are based on Cloudera, Solr, DeepKnowledge and are dedicated to intelligence for command and control systems designed to identify and prevent threats, correlating data coming from various sources (radar, OSINT, weather, reports, staff and vehicle databases, etc.).

The project “Environment for Secure Operations of Remotely Piloted Aircraft Systems” (AcrOSS) proposes to contribute to the safe and efficient handling of the operations of small drones (sUAS) in low altitude airspace, controlled (airport-based) or otherwise, where traffic includes aircraft both with and without a pilot on board. The project will study and develop innovative technologies and capabilities, on the ground and on board the aircraft, for a clear view of the traffic conditions of sUAS and greater and more accurate handling of emergency situations due to dynamic restrictions of the airspace or unforeseeable events affecting the safety and efficacy of the operations.